What are the main schools of jurisprudence? 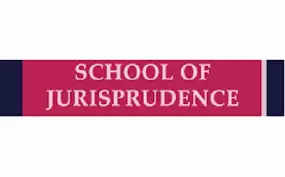 There are three main schools of jurisprudence:

Also called English School. It aims at a systematic legal exposition of the various principles. The approach is dogmatic. Austin is the founder of the analytical school. The school aims at analyzing the contents of the various legal notions past or present.

2. Historical School: The founder of this school is Savigny. It is also called the continental school. It aims at examining the general or philosophical part of the legal theory. The approach is historical. The purpose is to examine the historical evolution of the processes which ultimately lead to the legal system. In other words, it examines 'what it is, from what it was'. It deals with the origin and development of those fundamental principles and conceptions so essential in the philosophy of law. These are the same as those dealt with in the analytical school, but the approach is Historical. The influence of social conditions on legal conceptions is emphasized. It examines how these concepts evolved through generations.

3. Ethical School: It deals with the general or philosophical part of the science of legislation. The purpose is to set forth the law, not as it is or has been, but as it ought to be. It does not deal with the present but deals with the ideals for the future. The theory of Justice in relation to law is the concept of this ethical school. Emphasising the ethical or moral significance of various topics is its main concern. Grotius is called the father of this school. Kant and Hegel followed him and developed further the ethical concepts. In order to understand jurisprudence, as Salmond says, "A study of all the schools is essential because the three schools are closely related and interwoven."