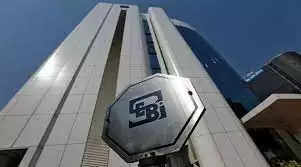 The move comes in the wake of instances where unlisted companies are merged with listed companies with ulterior motives. Sebi also announced a number of measures pertaining to the mutual fund sector, allowing it to invest in newer instruments, such as real estate investment trusts (REITs) and permitting fund houses to use celebrities for industry-level advertisements. Besides these, Sebi also cut turnover fees by 25 percent paid by brokers.

Mergers are primarily supervised by the High Court(s) and the Ministry of Company Affairs. The SEBI regulates takeovers of companies that have shares listed on any stock exchange in India. The main corporate and securities law provisions governing mergers and takeovers are:

• Sections 108A to 108I of CA56, which place restrictions on the transfer and acquisition of shares where the shareholdings of the bidder or transformer would either:

o Result in a dominant undertaking; or

o In case of a pre-existing dominant undertaking, result in an increase in the production, supply, distribution or control of goods and services by it.

•Section 390 to 394 of CA56, which govern the schemes of arrangement between companies and their respective shareholders and creditors, under the supervision of the relevant High Court.

• The Takeover Code, which sets out procedures governing any attempted takeover of a company that has its shares listed on one or more recognized stock exchange(s) in India. Regulation 10, 11, and 12 of the Takeover Code, which deal with public offers, do not apply to a scheme framed under the Sick Industrial Companies (Special Provisions) Act, 1985 (“SICA”), or to an arrangement or reconstruction under any Indian or foreign law (Regulation 3 (1) (j), Takeover Code).

The Takeover Code, however, does not apply to the following acquisitions:

1. Allotment of shares made in public issue or in right issue;

2. Allotment of shares to underwriters in pursuance of underwriting agreement;

3. Inter-se transfer between the group, relative, foreign collaborators and Indian promoters who are shareholders, acquirer, and persons acting in concert with him;

5. Exchange of shares received in a public offer made under the Takeover Code;

6. Transmission of shares in succession or inheritance;

7. Acquisition of shares by government companies and statutory corporations. However, acquisition in listed public sector undertakings, through the process of competitive bidding process of the Central Government is not exempted;

8. Transfer of shares by state-level financial institutions to co-promoters under an agreement;

10. Acquisition of shares in pursuance of a scheme of rehabilitation of a sick company, amalgamation, merger or demerger;

• Section 17, 18 and 19A of the SICA, which regulate schemes formulated by the Board for Industrial and Financial Reconstruction, a statutory body established under the SICA, for the reconstruction and amalgamation of “sick” companies (that is, any company which, at the end of any financial year, has accumulated losses equal to or exceeding the entire net worth). The Sick Industrial Companies (Special Provisions) Repeal Act 2003 (“SICA Repeal”), which repeals the SICA, has been enacted but has not yet come into force. Similarly, while the Companies (Second Amendment) Act, 2002 has introduced Chapter VIA in the CA56, which makes substantial amendments to the regime governing sick companies, these provisions are also yet to come into effect (there is no indication as to when these provisions are likely to come into force). As a result, SICA continues to be valid and binding.

There are also rules governing the acquisition of shares in an Indian company by a non- resident.

Reserve Bank of India On Law of Merger

With a view to encouraging and facilitating consolidation and emergence of strong entities and providing an avenue for the non-disruptive exit of weak/unviable entities in the co-operative banking sector, the Reserve Bank has decided to issue suitable guidelines to facilitate merger/amalgamation in the sector and place them in the public domain.

According to the guidelines, the Reserve Bank of India will consider proposals for merger and amalgamation in the urban banks' sector in the following circumstances:

iii. When the net worth of the acquired bank is negative and the acquirer bank assures to protect the deposits of all the depositors with financial support from the State Government extended upfront as part of the process of merger.

The Reserve Bank has further stated that in all cases of merger/ amalgamation, the financial parameters of the acquirer bank post-merger will have to conform to the prescribed minimum prudential and regulatory requirement for urban co-operative banks. The realizable value of assets will have to be assessed through a process of due diligence.

While considering such proposals, the Reserve Bank will confine itself to the financial aspects of the merger and to the interests of depositors as well as the stability of the financial system.

2. The Commission ruled that adopting the discriminatory practices in sanctioning loans without basis by the cooperative society or Bank amounts to deficiency in service & such practice is liable to be stopped. Madras Prov. Consumer Association Vs. The Registrar Coop. Societies, Madras & Others (Madras) 1991(2) CPR 447 (SCDRC- Madras).

3. The complainant had already overdrawn the cash credit limit given by the opposite party bank and was in default in the repayment of his dues. He was also not clear the dues which he owed to some other bank. It was held that the refusal by the opposite party bank to permit the complainant to further draw in his account was justified and there was no deficiency of service. A.R.Narayan Vs. State Bank of Hyderabad – 1992(1) CPR 534 (NC).

5. Under the terms of the loan, the borrower-hypothecator- (i.e., the complainant) is bound to ensure the hypothecated assets against fire and against any other risks and endorse the policy in favor of the bank. Ensuring the assets in favor of the bank is not in any way part of the service contemplated or to be rendered by the bank. Taking out an insurance policy by the bank on behalf of the complainant at his request is a gratuitous service, performed by the gratuitous act. In the circumstances, it was held that no complaint would lie against the bank. K.R. Krishnankutty Vs. South Indian Bank Ltd. & 2 Ors.- K.R. Krishnankutty Vs. South Indian Bank Ltd. & 2 Ors.- SCRDC – Ker)