Salmond's Theories of punishment Under Law of Jurisprudence 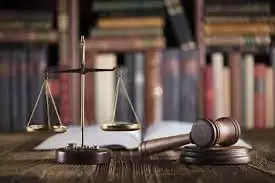 There are many theories concerning the justification of the punishment. As Salmond observes the ends of criminal justice are four in number: Deterrent, Preventive, Reformative, and Retribution.

i) Deterrent theory :
The chief end of the law of crime is to make the evil-doer an example & a warning to all persons who are like-minded with him. According to this theory offences are the result of conflicts of interests, between that of the wrong-doer and the society. Punishment makes the commission of an offence .an ill bargain for the offender, and debars the potential offender from the commission of crimes. The creation of "fear" in the mind of persons is the essence of this theory. This theory is criticized as ineffective.
ii) Preventive theory :
The object of punishment is to prevent repetition of the crime by rendering the offender incapable of again committing the offense. The preventive theory of punishment aims at physical restraint. Prison became an institution because of this theory. In modern times, the disability aspect has been emphasized by statutes conferring power to sentence habitual offenders to preventive terms of imprisonment, penalties, forfeiture or suspension of driving license, etc.
iii) Retributive theory:
This theory is based on "evil for evil". An offence creates an imbalance in the society, and punishment or suffering is the medium through which the balance is restored. It is simply the theory of private vengeance. Revenge is the right of the injured person according to Salmond. It means that a man should be so dealt with as he has done with others. The basis of this theory is, that evil should be returned for evil. To suffer punishment is to pay a debt due to the law that had been violated. The rule is "A head for a head, a tooth for a tooth and a nail for a nail".
iv) Reformative theory:
The object of this theory is to reclaim the offender, to make him a useful member of society by bringing about a change in his character, and to give him a chance to him lead a free life in Society. According to this theory, criminals are generally abnormal persons and the interest of society is subserved by leaving these persons to the normal law-abiding individuals. The stress here is shifted from crime to the criminal. We must cure our criminals and not kill them. E.g. Educational discipline of the criminal.