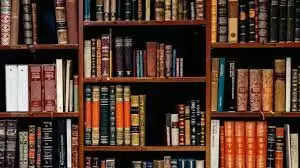 Essentials of a valid consideration:-

• The words “has done (or) abstained from doing refer to past consideration.

• The word “does (or) abstains from doing” refers to present consideration.

• Similarly the word “promises to do (or) to abstain from doing” refers to the future consideration. Thus, the consideration may be past, present (or) future.

2. It must move at the desire of the promisor:

• In order to constitute a legal consideration, the act (or) abstinence forming the consideration for the promise must move at the desire (or) request of the promisor.

• If it is done at the instance of a third party (or) without the desire of the promisor, it will not be a valid contract.

3. It must not be illegal, immoral (or) not opposed to public policy:

• The consideration given for an agreement must not be unlawful, illegal, immoral, and not opposed to public policy.

• Where it is unlawful, the court will not allow action on the agreement.

4. It need not be adequate:

• Consideration need not be any particular value.

• It need not be approximately equal value with the promise for which it is exchanged. But it must be something which the law would regard as having some value.

5. It must be real and not illusory:

• Consideration must not be illegal, impossible (or) illusory but it must be real and of some value in the eyes of law.

6. It must move from the promise (or) any other person:

• This means as long as there is a consideration for a promise, it is immaterial who has furnished it. But the stranger to consideration will be sued only if he is a party to the contact.

7. It must be something the promisor is not already bound to do:

A promise to do what one is already bound to do, either by general law (or) under an existing contract, is not a good consideration for a new promise, since it adds nothing to the pre-existing legal or contractual obligation.

Thus it may be noted that the following are good considerations for a contract.

• Compromise of a disputed claim.