Important Factors Of Regulating Act of 1773 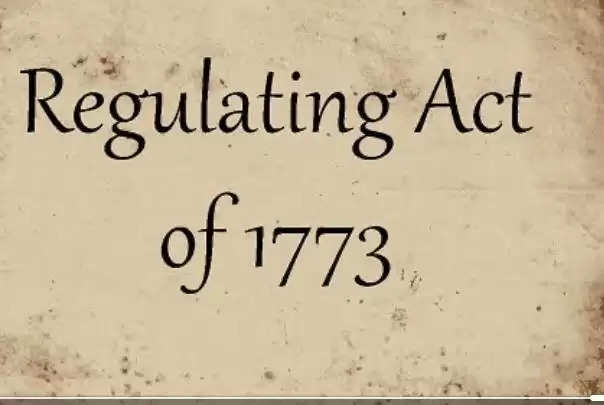 Regulating Act of 1773 was the first step taken by the British Government to control and regulate the affairs of the East India Company in India. For the first time, it recognized the political and administrative functions of the Company. It laid the foundations of central administration in India.

Here Some Important Factors Of Regulating Act of 1773 -

1. It designated the Governor of Bengal as the ‘Governor-General of Bengal’ and created an Executive Council of four members to assist him. The first such Governor-General was Lord Warren Hastings.

3. It provided for the establishment of a Supreme Court at Calcutta (1774) comprising one chief justice and three other judges.

4. It prohibited the servants of the Company from engaging in any private trade or accepting presents or bribes from the ‘natives.

5. It strengthened the control of the British Government over the Company by requiring the Court of Directors (the governing body of the Company) to report on its revenue, civil, and military affairs in India.