Classification of Law Of Torts & Three Types Of Wrongs 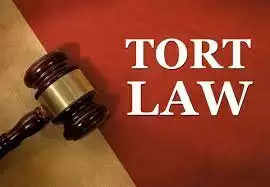 All torts can be classified into three broad categories:

(1) malfeasance or wrongs which are unlawful acts and are actionable per se and do not require proof of negligence;

(2) misfeasance or improper way of doing the acts which cause damage. This happens when one's action is the result of negligence;

(3) Non-feasance or wrongs of omission. A suit does not lie for them unless the statute imposes a duty to perform the act in question.

According to Pollock, the law of torts deals mainly with three types of wrongs:

(2) wrongs to possession and property and

(3) wrongs both to person and property.

Personal wrongs are essentially wrongs affecting safety and freedom and person and include assault, battery, wrongs against family relations like seduction and enticing away of a servant, wrongs affecting reputation like defamation, malicious prosecution, etc. The general characteristic of these wrongs is that they are either willful or wanton wrongs. The act is either intended to do harm or is done with reckless indifference.

Wrongs against property include trespass to land and goods, conversion, infringement of copyright or trademark, etc. It will be seen that in wrongs against property the mental element of deliberation or reckless indifference is not important. Neither the intention to violate nor the knowledge of the wrongdoer that he is violating other's rights is necessary. Thus wrongful dealings with another's goods make one liable even though he was acting under a reasonable belief that he had lawful authority.

Wrongs against both property and person include nuisance, negligence, and breach of absolute duties imposed on the occupiers of land, etc. Here the liability arises from the ancient rules of common law or from the modern development of the tort of negligence. In these torts willfulness or recklessness is not always necessary. In cases of absolute duties, the wrongdoer is liable even when he took absolute care.