Will not conduct a “legal post mortem” of past events: SC on Probe into O2 Shortage 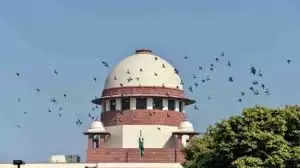 It is very easy to criticize the government or courts unless you are in the hot seat but even some of the most advanced nations of the world faced difficulties in containing the Covid-19 pandemic, the Supreme Court on Monday told a petitioner seeking probe into a shortage of Oxygen supply during the second wave.

A bench of justices Dhananjaya Y Chandrachud and BV Nagarathna was emphatic that the role of the Supreme Court is to push for positive changes to deal with contingencies in the future, and that it was not interested in blaming the authorities, which have a very difficult task at hand in dealing with several crises.

The bench said. “Now that the second wave is over, should the court do a legal post-mortem of what went wrong or instead we do something positive, so that such mistakes do not happen again or we are well prepared for the future exigencies,"