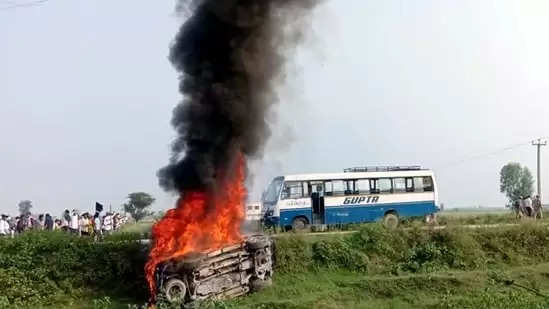 Lakhimpur Kheri violence took place on October 3, 2021. In the incident, eight people were killed. Out of eight people, four were farmers. They were allegedly stroked down to the ground by vehicles. Uttar Pradesh government has set up a one-member Commission for probing the incident. Governor has appointed the judicial commission by exercising the powers conferred by section 3 of the Commissions of Enquiry Act, 1952.

The Judicial Commission has been given two months’ time to probe the incident. A Single-member commission will be headed by Justice High Court, Allahabad (retd) Pradeep Kumar Srivastava.

Uttar Pradesh Police has arrested two accused so far in connection with the Lakhimpur Kheri case.