Who Are The Natural guardians Under Family Law? 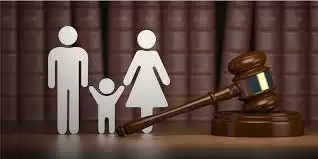 The mother of the child shall not suffer disqualification to have custody of the child for the mere fact that she is not residing with her husband or that she had not forsaken voluntarily her husband's company, she should not be penalized. That apart, importance must be attached to the main rider, namely, she resides "at a distance from the father's place of residence." Indeed the court must read the underlying meaning of the rider. Even if the mother must have custody of the child of the tender age, till he attains the age of seven years, the father must not be denied access to the child.

Under Muslim law, the father is the natural guardian of the person and property of his minor legitimate children. Muslim law does not provide for the guardianship of illegitimate children. Mother is not the guardian of her minor children even after the death of the father. This deficiency is more than offset by the Muslim law of hizanat (commonly translated as custody, though in the submission of the original writer it is more in the nature of 'care and control').

Under the Shia law, the age is lower, of a male child up to the age of two, of a female child up to the age of seven. Among the Malikis, Shafeis, and Hanbalis hizanat of the female child continues till she is married and of a male child till he attains puberty. On attaining puberty, hizanat belongs to the father. If the girl is married before attaining puberty, then the mother's right of hizanat continues and the husband cannot claim custody either under section 25 of the Guardians and Wards Act or by filing a petition for restitution of conjugal rights. After the mother, the right of hizanat to which mother is entitled goes to certain females, then to father and other male relatives.

Under Hindu law, no person can remain a natural guardian if he ceases to be a Hindu or has become a vanaprasthi or sanyasi or yati (i.e., has renounced the world). Under Muslim law, in the case of the mother (unless she is a non-Muslim) apostasy is a disqualification. Other disqualifications are the following her marriage with a ghair-rnahram (a person not related to the child within prohibited degrees), her misconduct, her insanity, her neglect of, or cruelty to, the child and her going away to reside at a distant place.