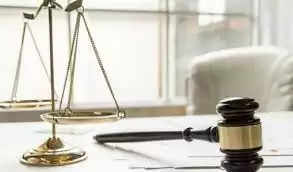 The doctrine of actio personalis moritur cum persona is a maxim which states that a personal right of action dies with the person. According to Holdsworth, the maxim was originally introduced to prevent actions, which had a penal nature, e.g., trespass and its brood from being brought after the death of the wrong-doer against the wrong-doer's representatives. He is of the opinion that the words of the maxim were wrongly applied to cases of death of the injured party disabling legal representatives of the person wronged from maintaining a suit at common law for wrongs committed to the person wronged in his lifetime, to trespass to goods and land when damage was done in the life-time of the person wronged and to causing the death of the person wronged. According to Baker v. Bolton, the death of a human being could not be complained of as an actionable injury, for trespass could not be actionable in case of death of the injured party. Trespass was said to be merged in felony, as in early history the writ of trespass replaced the remedy of appeal in wrongs other than felonies, though in practice it was available for felonies also. Thus the old doctrine of merger of tort in felony continued in case of homicide but disappeared in the case of other felonies.