What is the Doctrine of common employment? 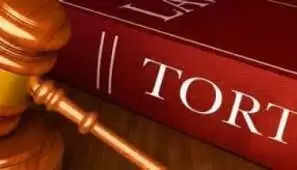 By the doctrine of common employment which was enunciated by Lord Abinger in Priestley v. Fowler, the employer, at the outset of the industrial era, could disown the responsibility for the harm caused by one employee to another employee in an industrial establishment. The doctrine of 'course of employment was not made applicable here but it was thought that there was an implied contract of servants to take risks of the negligence of one's fellow servants. The master could not be held responsible in the absence of an express contract to indemnify the employee in such a case. It was said that employment being a contract, the parties were not bound by the general law in this regard and their liability in matters within the field of contractual relations could not be deemed to arise outside the terms of the contract. Ever-increasing industrial accidents and mishaps forced the legislators to throw overboard the doctrine of common employment. But this was done by piecemeal legislation. The Employer's Liability Act of 1880 provided a number of exceptions to the application of the doctrine. The Law Reform (Personal Injuries) Act, 1948 finally abolished the doctrine. In India, there was no legislative interference till 1938. Even with the passing of the Employer's Liability Act of 1938 it was not finally buried. The doctrine was applied by Allahabad and Calcutta High Courts. Nagpur and Bombay High Courts have held that the doctrine of common employment did not apply. Stone, J., in a Nagpur case observed that the rule was an unsafe guide and there was no justification for following it when the English law has disowned it. The Privy Council in Governor-General in Council v. Constance Zena Well held the view that the doctrine was applicable in India though in a limited sense. However, by the Employer Liability (Amendment) Act, 1951, a new section, 3A, has been inserted by which the doctrine has been completely set at rest. The provisions of the Personal Injuries (Compensation Insurance) Act, 1963, impose on employers liability to pay compensation to a workman who has sustained personal injuries and provide for insurance of employees against such eventuality.