Everything You Need To Know About Curative petition 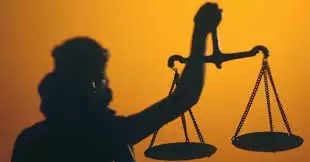 A curative petition is a concept that evolved by the Supreme Court of India in the matter of Rupa Ashok Hurra vs. Ashok Hurra and Anr.  in which the question was whether an aggrieved person is entitled to any relief against the final judgement or order of the Supreme Court after the dismissal of a review petition. The Supreme Court held that to prevent abuse of its process and to cure gross miscarriage of justice, it may reconsider its judgements in the exercise of its inherent powers. For that purpose, the court has devised what has been termed as a curative petition in which the petitioner is required to aver specifically that the grounds mentioned therein had been taken in the review petition filed earlier and that it was dismissed by circulation, which must be certified by a senior advocate. The curative petition is then circulated to the three most senior judges and to the judges who delivered the impugned judgement if available. No time limit is given for filing the curative petition. It is guaranteed under Article 137 of the Constitution of India, which gives the power to the Supreme Court to review its own judgements and orders.

When can a curative petition be filed?

A curative petition may be filed once a review petition against the final conviction is dismissed. Curative Petition can be entertained only if the petitioner proves that there was a breach in the principles of natural justice and that he/she was not heard by the court before passing judgement.

What was Rupa Ashok Hurra case?

It was a case specifically known for matrimonial discord when the question of the validity of a decree of divorce reached the Honourable Supreme Court of India (hereinafter, 'the Apex Court) and the woman withdrew her consent that she agreed while giving in to divorce through mutual consent.