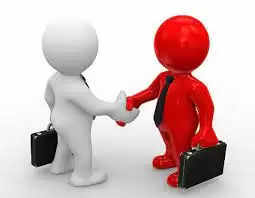 According to section 2(a) of the Indian contract act, 1872, defines an offer is “when one person signifies to another his willingness to do (or) to abstain from doing anything with a view to obtaining the assent of that other to, such act (or) abstinence, he his said to make a proposal”.

Essential elements of a valid offer

1) Offer must be capable of creating legal relations

2) Offer must be certain, definite, and not vague

3) Offer must be communicated

Facts: ‘S’ sent his servant, ‘L’ to trace his missing nephew. He then announced that anybody would be entitled to a certain reward. ‘L’ traced the boy in ignorance of his announcement. Subsequently, when he came to know of his reward, he claimed it.

Judgment: He was not entitled fro the reward

4) Offer must be distinguished from an invitation to offer

Facts: Goods are sold in a shop under the ‘self-service’ system. Customers select goods in the shop and take them to the cashier for payment of the price.

Judgment: The contract, in this case, is made, not when a customer selects the goods, but when the cashier accepts the offer to buy and receives the price.

5) Offer may be expressed (or) implied

6) Offer must be made between the two parties

7) Offer may be specific (or) general

Judgment: she could recover the amount as by using the smoke balls she accepted the offer.

9) Offer must not be a statement of price

Facts: Three telegrams were exchanged between Harvey and Facey.

(a) “Will you sell us your Bumper hall pen? Telegram lowest cash price- answer paid”. [Harvey to Facey].

Judgment: There was no concluded contract between Harvey and Facey. Because a mere statement of price is not considered as an offer to sell.

10) Offer should not contain the term “the non-compliance” which may be assumed to amount to acceptance.