Major Aspects Related To Section 498A Of Indian Penal Code,1860 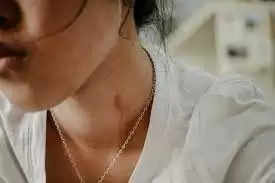 Section 498A states that if a husband or relative of a husband of a woman subjects such woman to cruelty shall be punished with imprisonment for a term which may extend to three years and shall also be liable to fine. The offense under Section 498A is cognizable, non-compoundable, and non-bailable.

Section 498A of the IPC makes 'cruelty by husband or relatives of husband' a cognizable and non-bailable offense and includes within its purview dowry-related harassment of the wife. Under this section, the wife can bring charges for any dowry-related abuse or harassment suffered by her.

The husband may file an FIR against his wife as well for blackmailing or filing a fake 498A case against the husband. The police simply do not approve such FIR; the only exception being if the case is invincible even the Police permits/allows such FIR.

Section 182 reads out as “False information, with intent to cause public servant to use his lawful power to the injury of another person.—

Whoever gives to any public servant any information which he knows or believes to be false, intending thereby to cause, or knowing it to be likely that he will thereby cause such public servant-

Section 211 reads out as a False charge of offense made with the intent to injure.—

“Whoever, with intent to cause injury to any person, institutes or causes to be instituted any criminal proceeding against that person, or falsely charges any person with having committed an offense, knowing that there is no just or lawful ground for such proceeding or charge against that person, shall be punished with imprisonment of either description for a term which may extend to two years, or with fine, or with both.”

Section 500 reads out as

“Whoever defames another shall be punished with simple imprisonment for a term which may extend to two years, or with fine, or with both.”

A bench of Justice Bhushan and Justice Sinha in the case titled RANI NARASIMHA SASTRY vs RANI SUNEELA RANI on 19.11.2019 has observed that once acquitted for an offense under Section-498A, the husband can claim cruelty and seek divorce.