How Does The Laws Get Repeal In India? 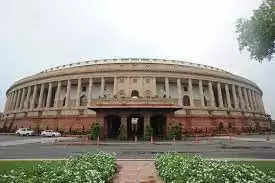 Repealing a law is the process of nullifying it. Parliament reverse a law when Parliament thinks the law is no longer required

Parliament is empowered to make laws for any part of India and state legislatures are empowered to make laws for the state in accordance with Article 245 of the Constitution. Article 245 also provides the power to repeal a law when it is no longer needed. Article 245 of the constitution provides for the extent of laws made by Parliament as well as the Legislatures of States. A law is repealed either in parts or in its entirety or just to the extent that it is in contravention with other laws. In the case of repealing through ordinance, Parliament passes a law to replace it within six months. If the ordinance lapses because parliament did not approve it, the repealed law can be revived.

Legislation can also set a “sunset clause”, which is a particular date after which laws cease to exist. Laws which are not having a sunset clause, Parliament passes another legislation to repeal it.