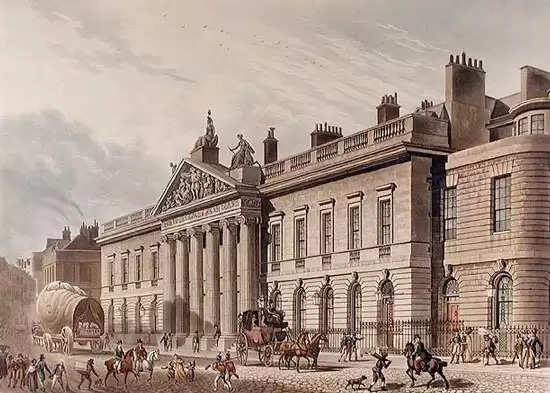 The British period started in 1600 and the issue of the Royal Charter may be considered as a landmark event with far-reaching consequences. On 31.12.1600, Queen Elizabeth granted a charter with the title 'The Governor and Company of Merchants of London trading into East Indies' containing the Company's constitution, powers, and privileges. The life span was 15 years and this period could be extended if the trading was found profitable to England.

The East India Company had exclusive trading rights and no other British subject was allowed to trade except under a license issued by the Company. Person trading without a license, were liable for punishment and seizure and forfeiture of goods by the Company,

The shareholders formed the General Court and this elected 24 Directors with the Governor as the Head. This 'General Court' had defined powers to make laws, to levy fines & to impose punishments. No harsh punishment or death penalty could be given. This power to make law is of historic importance as it is the 'germ out of which the Anglo-Indian codes were ultimately developed' in India.

The Company found that its legislative power was inadequate in practice, to maintain discipline among its servants. To meet the situation the Company invoked the Crown's Prerogative and used it to secure from it, a commission to the commander-in-chief of each voyage separately. It empowered him to inflict punishment for capital offenses. Such a commission was issued in 1601 (Kings Commission.)