Why the words SOCIALIST, SECULAR and INTEGRITY were added in the PREAMBLE OF CONSTITUTION OF INDIA? 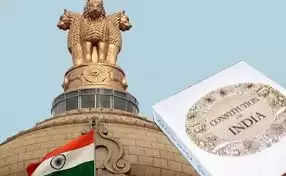 The reason of adding these words were to ensure the economic justice and elimination of inequality in income and standard of life. Secularism implies equality of all religions and religious tolerance and does not identify any state religion. The word integrity ensures one of the major aims and objectives of the preamble ensuring the fraternity and unity of the state.

The term ‘socialist’ means a political-economic system which advocates the state’s ownership of the means of production, distribution, and exchange. The aim to add this term was to indicate that the goal of the state in India was to secure a ‘better life for the people’ or ‘equality of opportunity’.

The word ‘secular’ has been described as a ‘view of life’, or of any particular matter based on premise that religious considerations should be ignored or purposefully excluded or as a system of social ethics based upon doctrine that ethical standards and conduct be determined exclusively without reference to religion. The aim to insert the word "secular" by the Constitution (42nd Amendment) Act, 1976, was to explain that the state does not recognize any religion as a state religion and that it treats all religions equally, and with equal respect, without, in any manner, interfering with their individual rights of religion, faith or worship. It does not mean that it is an irreligious or atheistic state. Nor, it means that India is an anti-religious state. It neither promotes nor practices any particular religion, nor it interferes with any religious practice. The constitution ensures equal freedom to all religions.

The word "integrity" was added in the preamble to give the broad meaning to the word "FRATERNITY", which means a sense of brotherhood among the citizens of India. Thus,the word integrity ensures one of the major aims and objectives of the preamble ensuring the fraternity and unity of the state.