What is police custody and how it is different from judicial custody? 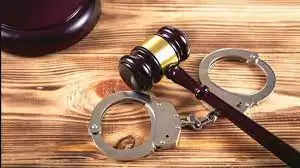 When following the receipt of an information/complaint/report by police about a crime, an officer of police arrests the suspect involved in the crime reported, to prevent him from committing the offensive acts further, such officer brings that suspect to a police station, it's called Police Custody. During this detention, the police officer in charge of the case may interrogate the suspect and this detention is not supposed to be longer than 24 hours. The officer in charge of the case is required to produce the suspect before the appropriate judge within 24 hours, these 24 hours exclude the time of necessary journey from the police station to the court.

While Judicial Custody means an accused is in the custody of the concerned Magistrate. In the former, the accused is lodged in a police station lockup while in the latter, it is the jail.

When a person accused of a cognizable offense is arrested and detained by the police and produced within 24 hours(excluding traveling time from the place of arrest), or he himself surrenders before the nearest Magistrate. Then the Magistrate can either release him on bail or he can either send him to judicial custody or to police custody. If the accused is juvenile, his age is to be ascertained and if he finds that he is juvenile, then he is directed to be produced before Juvenile Justice Board.