What are The Seven Subjects of International Law? 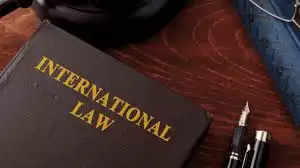 All States, by virtue of the principle of sovereign equality, enjoy the same degree of international legal personality. International Law is primarily concerned with the rights, duties and interests of States. Normally the rules of conduct that International Law prescribes are rules which States are to observe.

An international organization is an association of States, established by a treaty between two or more States. Its functions transcend national boundaries. It is for certain purposes a subject of International Law.

There are two special-case entities accorded special unique status under International Law; they are the Sovereign Order of Malta, and the Holly See, and the Vatican City.

In the Twentieth Century, International Law became again concerned with individuals. In 1907, the Hague Conventions initiated the concern in view of prisoners of war and the wounded. During the Second World War, the trend of International Law had been towards attaching direct responsibility to individuals for crimes committed against peace and security. The Charter of London of 1943 issued by the Allied Powers established the individual responsible for committing war crimes, crimes against humanities, and crimes against peace.

The concern of International Law, in the Twentieth Century, for individuals was accompanied by another concern for minorities.

In recent years, a special issue related to a category of the so-called “indigenous peoples” has been raised. Examples of indigenous peoples are the Aborigines in Australia, the American Indians, the Eskimos, and the Maori in New Zealand.