What Are The Major Norms Of Journalistic Conduct Formulated By The Press Council of India? 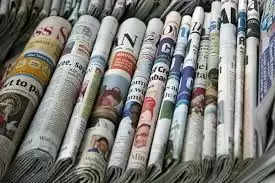 The Press Council of India was first established by the Parliament of India in 1966, recommended by the first Press Committee. It aims to maintain the independence of the press and to preserve and develop the quality of India’s newspapers and news agencies. Presently, the council’s work is regulated by the Press Council Act, 1978.

The fundamental objective of journalism is to serve the people with news, views, comments, and information on matters of public interest in a fair, accurate, unbiased, sober, and decent manner. To this end, the Press is expected to conduct itself in keeping with certain norms of professionalism, universally recognized.

a.       The Press shall prevent the publication of inaccurate, baseless, or misleading content. It should report from both sides of the central issue or subject.

b.      While revealing the wrongdoing these findings must be backed up by facts and evidence.

c.       The newspaper should keep in mind that it is their job to compile the news and set it in perspective but not to make the news.

d.      Freedom of expression does not grant newspapers the freedom to publish false information, except in a lighter way, regarding an organization or person.

e.       The newspaper should not misquote any Leader’s statements.

i) On receipt of a report or article of public interest and benefit containing imputations or comments against a citizen, the editor should check with due care and attention its factual accuracy apart from other authentic sources- with the person or the organization concerned to elicit his/her or its version, comments or reaction and publish the same alongside with due correction in the report where necessary. In the event of lack or absence of response, a footnote to that effect may be appended to the report.

ii) Publication of news such as those pertaining to cancellation of examinations or withdrawal of candidates from election should be avoided without proper verification and cross-checking.

iii) A document, which forms a basis of a news report, should be preserved at least for six months.

a.       No advertisement which directly or indirectly promotes the production, selling or consumption of cigarettes, tobacco products, wine, beer, liquor, and other intoxicants shall be published.

b.      Newspaper shall not print advertisements that aim to harm or injure any community’s religious feelings.

c.       Newspapers while posting advertisements should specify the amount they received.

d.      Newspaper shall not print any advertising designed to transmit as news stories using the names and images of the Hon’ble President and Prime Minister of India.

e.       Newspapers should bear a note of warning for matrimonial ads carrying the following note.

When any factual error or mistake is detected or confirmed, the newspaper should suo-motu publish the correction promptly with due prominence and with apology or expression of regrets in a case of serious lapse.

a.       Newspapers shall be cautioned against the usage of the term ‘Harijan’ as opposed by others and shall use the term Schedule Caste as alluded to in Article 341.

b.      The caste or community shall not be used to describe an accused or a victim if the same has nothing to do with the offense or identification of any accused or proceeding.

d.      It is hoped that the press would take advantage of its influence to foster and contribute to preserving communal harmony.

i) The Press shall not tape-record anyone's conversation without that person's knowledge or consent, except where the recording is necessary to protect the journalist in a legal action, or for other compelling good reason.

ii) The Press shall, prior to publication, delete offensive epithets used during such conversation.

a.       Newspaper should not publish anything that is manifestly defamatory to any person, dead or alive, unless there is adequate evidence and proper care and verification has been done, and that its dissemination is for the public benefit.

b.      Being a custodian of the public interest, the Press has the responsibility to expose instances of corruption and irregularities in public institutions, but these should be founded on irrefutable and authenticated evidence.

a.       The Press shall not interfere or invade an individual’s privacy, except when it is overweighed by genuine public interest. In reports which are likely to stigmatize women, particular caution is essential.

b.      While reporting offenses involving rape, abduction, or kidnapping of females or child sexual assault or raising questions concerning women’s chastity, personal character, and privacy, the names, photographs of the victims or other information leading to their identity should not be published.

10. Obscenity and Vulgarity to be avoided

a.       Newspapers/journalists shall not publish anything obscene, vulgar or offensive to the good taste of the general public.

b.      Newspapers shall not display vulgar or lewd advertisements by depicting a woman in a nude or lewd stance.

11. Violence not to be glorified

i) Photo Coverage on Terrorist Attack, Communal Clashes and Accidents While reporting news with regard to terrorist attacks or communal riots, the media should refrain from publishing/telecasting pictures of mangled corpses or any other photographic coverage which may create terror, or revulsion or ignite communal passion among people.

ii) Newspapers/journalists shall avoid presenting acts of violence, armed robberies and terrorist activities in a manner that glorifies the perpetrators on their acts, declarations or death in the eyes of the public. Publication of interviews of anti-social elements by the newspapers glorifying the criminals and their activities with the resultant effects are to be avoided.

Media and justice are two vital pillars of democracy, complimenting one another on the goal of a successful democracy. Fair trial must necessarily prevail in a conflict between a fair trial and freedom of speech, because any compromise of a fair trial for an accused will cause immense harm and defeat the delivery system of justice. Therefore, media person should be adequately trained and provided clear information regarding the workings of the courts and the judicial processes.

13 . Headings not to be sensational/provocative and must justify the matter printed under them

a. Provocative and sensational headlines are to be avoided;

b. Headings must reflect and justify the matter printed under them;

c. Headings containing allegations made in statements should either identify the body or the source making it or at least carry quotation marks.

Defrauding the public by closing down a publication subsequent to collection of subscription is unethical on the part of management of the paper/periodical/magazine. If the closure is inevitable, the subscription amount due should be returned to the subscribers.

i) Using or passing off the writings or ideas of another as one’s own, without crediting the source, is an offence against ethics of journalism.