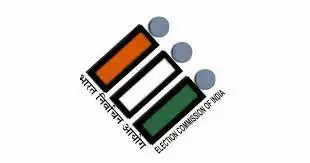 The Election Commission is a permanent and an independent body established by the Constitution of India directly to ensure free and fair elections in the country. Article 324 of the Constitution provides that the power of superintendence, direction and control of elections to parliament, state legislatures, the office of president of India and the office of vicepresident of India shall be vested in the election commission. Thus, the Election Commission is an all-India body in the sense that it is common to both the Central government and the state governments. It must be noted here that the election commission is not concerned with the elections to panchayats and muncipalities in the states. For this, the Constitution of India provides for a separate State Election Commission.

Article 324 of the Constitution has made the following provisions with regard to the composition of election commission:

5. The conditions of service and tenure of office of the election commissioners and the regional commissioners shall be determined by the president .

The powers and functions of the Election Commission with regard to elections to the Parliament, state legislatures and offices of President and Vice-President can be classified into three categories, viz,

In detail, these powers and functions are:

1. To determine the territorial areas of the electoral constituencies throughout the country on the basis of the Delimitation Commission Act of Parliament.

2. To prepare and periodically revise electoral rolls and to register all eligible voters.

3. To notify the dates and schedules of elections and to scrutinise nomination papers.

4. To grant recognition to political parties and allot election symbols to them.

5. To act as a court for settling disputes related to granting of recognition to political parties and allotment of election symbols to them.

6. To appoint officers for inquiring intodisputes relating to electoral arrangements.

7. To determine the code of conduct to be observed by the parties and the candidates at the time of elections.

8. To prepare a roster for publicity of the policies of the political parties on radio and TV in times of elections.

9. To advise the president on matters relating to the disqualifications of the members of Parliament.

10. To advise the governor on matters relating to the disqualifications of the members of state legislature.

11. To cancel polls in the event of rigging, booth capturing, violence and other irregularities.

12. To request the president or the governor for requisitioning the staff necessary for conducting elections.

13. To supervise the machinery of elections throughout the country to ensure free and fair elections.

14. To advise the president whether elections can be held in a state under president’s rule in order to extend the period of emergency after one year.

15. To register political parties for the purpose of elections and grant them the status of national or state parties on the basis of their poll performance.