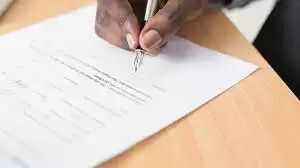 A Finance Bill is a Bill that, as the name suggests, concerns the country's finances — it could be about taxes, government expenditures, government borrowings, revenues, etc. As per Article 117 of the Indian Constitution, financial bills are those bills that are concerned with financial matters but are different from money bills. Financial bills are further classified as Financial bills Categories A and B. Category A Bills contain provisions dealing with any of the matters specified in sub-clause a to f of clause 1 of Article 110 Indian Constitution and Category B Bills involve expenditure from the Consolidated Fund of India. Since the Union Budget deals with these things, it is passed as a Finance Bill.

There are different kinds of Finance Bills — the most important of them is the Money Bill. The Money Bill is concretely defined in Article 110.

Money Bills are those Bills that contain only provisions dealing with all or any of the matters specified in sub-clauses (a) to (f) of clause (1) of Article 110 of the Constitution.

Article 368 of the Indian Constitution is concerned with the provisions of the amendment of the Constitution.