What Are The Constitutional Directives and Limitations to Labour Law? 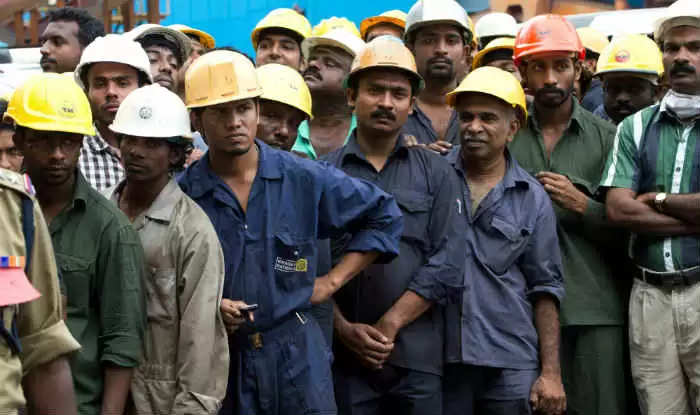 The Preamble has been amplified and elaborated in Part IV of the Constitution, which deals with the Directive Principle of State Policy. The State has been directed to promote the welfare of the people by securing and protecting as effectively as may, a social order in which justice, social economic and political, shall inform all institutions of the national life. Further, the State has been directed to strive to secure, inter alia,

(i) an adequate means of livelihood,

(ii) the proper distribution of ownership and control of the material resources of the community so that it may best subserve the common need,

(iii) the prevention of the concentration of wealth and means of production,

(iv) equal pay for equal work to men and women,

(v) the health and strength of workers,

(vii) right to education and to public assistance in cases of undeserved want, just and humane conditions of work and for maternity relief,

(viii) living wage and a decent standard of life to labourers

The Directive Principles spell out the socio-economic objectives of the national policy to be realized by labour; legislation as well as by other legislations. These are directives to the legislature, executive, and the judiciary, which are committed to make, interpret and enforce the law.

Fundamental rights are enforceable by the courts under Articles 32 and 226. The fundamental rights are enumerated in Part-III of the Constitution. The whole object of PartIII is to provide protection for the freedom and rights mentioned therein against arbitrary action by the State. Of particular relevance is Article 14, which provides that “the State shall not deny to any person equality before the law or equal protection of the laws within the territory of India”. In addition to this, Article 16 guarantees equality of opportunity in matters of public employment. Further, Article 19 guarantees “the right to freedom of speech and expression, to assemble peaceably and without arms, to form associations or unions, to practice any profession, and to cant’ on any occupation, trade or business.” These constitutional guarantees are of great practical significance in the area of labour law, including minimum standard legislation. Equal; protection constitutes a limitation on the legislative power to select or decide which business or industry must achieve minimum standards.

The right to carry on trade profession or business limits the burden which the legislation may place on business in the interest of workers. The freedom of speech, assembly, association and unionisation protect workers in their efforts to achieve their objectives through self in organising, picketing or striking. Article 21 provides protection of life and personal liberty. It provides that no person shall be deprived of his life or personal liberty except according to procedure established by law. Article 23 prohibits traffic in human beings and forced labour. It says, Traffic in human beings and beggars and other similar forms of forced labour are prohibited and any contravention of this provision shall be an offence punishable in accordance with the law. Life, in Article 21, has been interpreted by the Supreme Court as including livelihood and the Court has held in several cases that any employment below minimum wage levels is impermissible as it accounts to slavery as understood in Article 23. Holding a person in bondage is a Constitutional crime. Article 24 places a ban on employment below the age of 14 in any factory or mine or engaged in any other hazardous employment.