What Is DRT? - Origin,Jurisdiction,Applicability,Composition & More 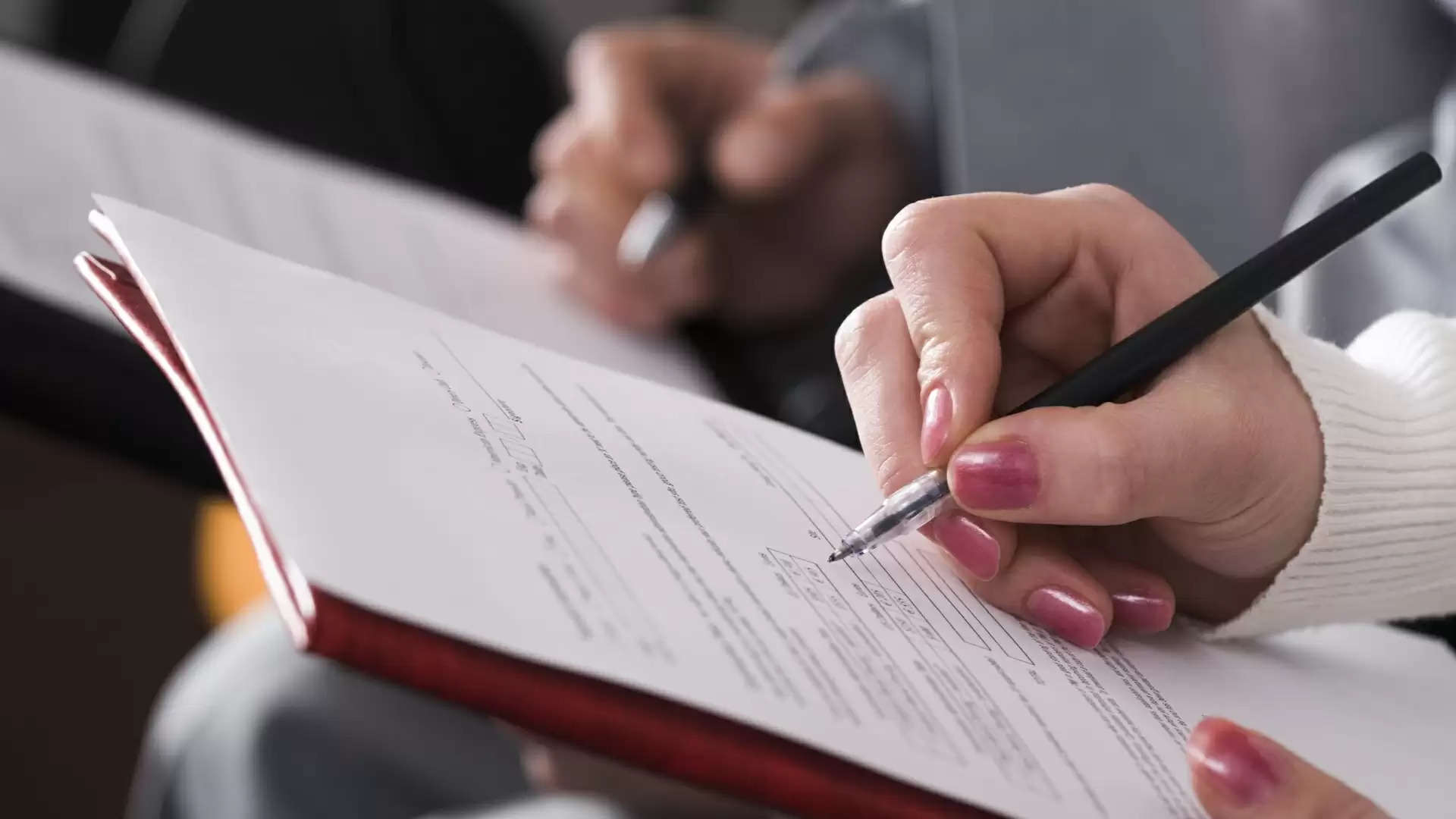 In order to recovery of money from borrowers, the banks and financial institutions had to file a suit in civil court. The suit was tried and decided as per the provisions of the Civil Procedure Code (CPC), 1908 which used to be long and complicated. A committee was formed in 1981 to suggest reforms under the Chairmanship of Mr. T. Tiwari. It was observed by the committee that since the court was burdened with so many cases, importance was not given to cases in relation to the recovery of dues due to banks and financial institutions. The committee suggested different measures one of which was establishing quasi-judicial bodies that would deal only with recovery matters. However, the establishment of such bodies was not initiated for about a decade later around the Indian financial market and economic liberalization.

In 1991, Narasimham Committee supported the perspectives of the Tiwari Committee and suggested setting up Special Tribunals. The recommendations of the Narasimham Committee lead to the enactment of Recovery of Debts Due to Banks and Financial Institutions Act (RDDBFI), 1993. It established two forms of agencies namely Debt Recovery Tribunals (DRTs) and Debt Recovery Appellate Tribunals (DRATs) gave upon them extraordinary forces for arbitration of debt recovery matters. The first DRT was inaugurated in Kolkata on 27th April 1994.

Section 17 of the RDDBFI Act vests the authority with DRT to entertain applications from banks and financial institutions for the recovery of debts that are due to such banks and financial institutions. Section 18 of the Act bars all other Courts from the adjudication of matters relating to debt recovery apart from the Supreme Court and High Court, exercising jurisdiction under Article 226 and 227 of the Constitution. In other words, relief against the order passed by the DRAT can be pursued only by High Court or Supreme Court.

It applies to all over India where the amount of debt due is not less than Rs. 10, 00,000/-. And when the original application for recovery of Debts is filed only by Banks and Financial Institutions.

• Should be qualified to work as a district judge

• To assist the Presiding officer, the government can appoint the recovery officers as deemed fit.

The recovery procedure through this way requires making the application to the DRT and paying off the required fees. DRT location chosen under this route matters. Currently, there are 33 DRTs in 22 locations. Section 19 of the RDDBFI Act mentions the prerequisites for a choice of DRT to make

an application. A bank or Financial Institution can make an application to DRT which has jurisdiction in the region to which the financial body carries business. An application may likewise be filed to a specific DRT if the cause of action completely or in part emerges within the limits of its jurisdiction.

An application can likewise be made to the DRT under the Securitization and Remaking for Enforcement of Security Interest Act (SARFAESI), 2002. SARFAESI perceives the need to strengthen the rights of secured creditors to help them in recouping their dues. It sets out the procedure for doing as such without the intercession of courts or councils.

Section 13 (2) of the SARFAESI Act states that a notice is to be sent to the borrower after a loan has been classified as a Non-Performing Asset (NPA) by the secured creditor. This notice must mention the amount that needs to be repaid in full by the borrower within a period of 60 days. If the borrower fails to comply with it, then the creditor would be held entitled to exercise his rights under Section 13 (4) of the Act by taking ownership of the secured asset including the right to transfer the asset by way of lease, taking over management of the business or to appoint any person to manage the secured asset.

The transition into DRTs happens when the collateral asset is not sufficient enough to fulfill obligations to the creditors. In such cases, the creditors may file an application to the DRT for the recuperation of the rest of the part of the dues.

As per Section 17 of the SARFAESI Act, borrowers can appeal against any action taken by the creditor under section 13 (4).

As per Section 19(12) of RDDBFI, DRT has the power to pass an interim order against the defendant, restricting him from disposing or transferring his property without the prior assent of the Tribunal. DRT is also authorized to confine the defendant for a period of three months on the ground of disobedience of any order issued under Sections 19(12), 19(13), and 19(18) of the SARFAESI Act.

Judgment and Recovery Certificate by DRT

DRT after hearing both the parties and their submissions would pass the final judgment within 30 days from the hearing. DRT will issue a Recovery Certificate within 15 days from the date of judgment and pass on the same to Recovery Officer. RC shall have the same effect as the decree of the civil court.

An aggrieved party can file for an appeal to the Debt Recovery Appellate Tribunal (DRAT) having the jurisdiction to entertain the matter, against the order passed by the Debt Recovery Tribunal (DRT) within 30 days from the date of passing of the order by DRT. However, an appeal will not be entertained if the judgment given by the DRT was discharged with the consent of both parties. DRAT shall entertain the appeal after the expiry of 30 days from the date of passing the order by DRT if he is satisfied that there was sufficient cause for the same.

In Axis Bank v/s SBS Organic Pvt. Ltd. & Ors., the Supreme Court held that the appeal in DRAT would be entertained only on the condition that the borrower deposits 50% of the amount in terms of the order passed by DRT or 50% of the sum due from the borrowers as asserted by the secured creditor, whichever is less. The DRAT at his discretion may reduce the amount to 25%.

Role of DRT in Banking Sector

The DRTs main object and role was to recover all outstanding loans due to banks and financial institutions. The Tribunals power is limited to try and settle cases for recovery of loans and amounts from NPAs as classified by the banks under the RBI guidelines. The Tribunal had all the power of a district Court and tried all pending cases with the District Court under the Act which constituted it, viz the Recovery of Debts Due to Banks & Financial Institutions Act, 1993 (RDDB&FI The Tribunal followed the same procedure of issuing summons, summoning of witnesses, Evidence leading and Argument before final Judgment. The Tribunal also has a Recovery officer who helps in executing the recovery Certificates as passed by the Presiding Officers.

Thus the DRT followed the efficient legal procedure emphasizing speedy disposal of the cases and fast implementation of the final order.

This procedure of fast trial for recovery by the DRT was much-appreciated vis a vis the scene prior to 1994, where Debt Recovery involved filing a legal suit in the civil court where the banks stated the particulars of the case and then the court directed the borrower to pay the money to the banks. If the loan was unsecured the bank sought to liquidate the firm assets and distribute the proceeds from the liquidation among all the creditors, depending on the priority of the claim. On the contrary, if the loan was secured the court would enforce its security interest by allowing the sale of collateral so that the bank recovered its dues. But going by the way the civil procedures progressed it would take years for a bank to recover its dues. With the establishment of DRT, the procedure for recovery of dues was faster as compared to the Civil Court. But later this was hampered because many borrowers started to cross litigating that their claims were pending at civil courts and that all recovery should be stalled.

In addition, the biggest challenge faced was a conflict of jurisdiction among the Official Liquidators appointed by the High Courts and the Recovery Officers of the Debts Recovery Tribunals. The Official Liquidator, being an officer of a higher rank, took into possession all the properties, which actually belonged to secured creditors already before the Debts Recovery Tribunal, thereby resulting in a deadlock, which on some occasions still remains to be resolved.

The NCLT or “Tribunal” is a quasi-judicial authority created under the Companies Act, 2013 to handle corporate civil disputes arising under the Act. It is an entity that has powers and procedures like those vested in a court of law or judge. NCLT is obliged to objectively determine facts, decide cases in accordance with the principles of natural justice, and draw conclusions from them in the form of orders. Such orders can remedy a situation, correct a wrong or impose legal penalties/costs and may affect the legal rights, duties, or privileges of the specific parties. The Tribunal is not bound by the strict judicial rules of evidence and procedure. It can decide cases by following the principles of natural justice.

The differences between NCLT and DRT are mentioned below-

• Companies approach NCLT for winding up, strike off cases in case of default whereas Banks and Financial Institutions approach DRT for the recovery procedure.

• The liquidation that is Insolvency cases are dealt with by NCLT.

• In Recent Case, SBI v. LML, it has been ruled by the High Court that parallel cases of the same company cannot run in front of both the tribunals.

The Debt Recovery Tribunals (DRTs) have been set up under the provisions of The Recovery of Debts Due to Banks and Financial Institutions Act, 1993 (51 of 1993) for expeditious adjudication and recovery of debts due to the bank and financial institutions. At present, there are 33 Debts Recovery Tribunals (DRTs) and 5 Debts Recovery Appellate Tribunals (DRATs). Each DRT is headed by a Presiding Officer (PO) who is equivalent to a District Judge and each DRAT has one Chairperson Equivalent to a High Court Judge.

The role of the DRTs has been further enhanced by the Securitization and Reconstruction of Financial Assets and Enforcement of Security Interest (SARFAESI) Act, 2002, which provides for aggrieved parties to make appeals before the DRTs.

The Banks and FIs file applications for the recovery of their dues to the respective Debt Recovery Tribunals (DRTs). The borrowers also file appeals against the action of the Banks under the SARFAESI Act. The Presiding Officer has the jurisdiction, power, and authority to entertain and decide on the applications filed by the banks and financial institutions. Anybody aggrieved by the orders of the DRT can file appeals before the DRAT.

• The DFS, as part of its initiative to strengthen the DRTs across the country, is keen to introduce e-Governance in all the DRTs.

• DFS recognizes that the use of Information and Communication Technology (ICT) has the potential to improve the overall performance and efficiency of the DRTs, help facilitate the effective trial of cases and management of case-related issues dealt by DRTs. DFS has also recognized that the only ICT-enabled DRTs along with the other planned structural reforms can meet the challenges faced in the context of speedy recovery of debts.

DFS intends to implement the e-DRT project, that will effectively utilize information technology and will enhance the effectiveness of DRTs & achieve speedy disposal and recovery through the use of reliable, accurate, and timely information to the concerned stakeholders. The project was taken up by NISG in 2011.

• To have access to timely and accurate MIS Reports

• To reduce workload for employees and provide hassle-free administrative services.

Disclaimer - This post is just for information purposes, we do not claim any authenticity regarding the content of this post. If you find any content which is offensive for any reason, you are free to contact and inform us at any moment. We will consider requests to remove the content but we are not obligated to or so or to respond to you directly.